Single Use IUD and Gynecology Instruments

Single use IUD and gynecology instruments for clinics, hospitals & kit packers. The single use instruments have light weight with a durability and flexibility which only top grade plastic instruments can offer.

IUD insertion and removal are standard procedures in gynecology. The short and simple IUD procedure can be performed at the GYN/OB doctor’s office, and does not require surgery. The standard instruments required are a tenaculum, a uterine sound (hysterometer gauge) and long scissors. Some gynecologists also like to have the Cheron (Kelly) forceps included in the IUD kit.

The Tenaculum – Single Use Pozzi Forceps 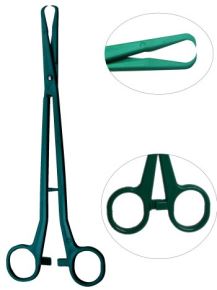 The single use tenaculum is sold in bulk, individually packed in sterile envelopes, and in our IUD kits. 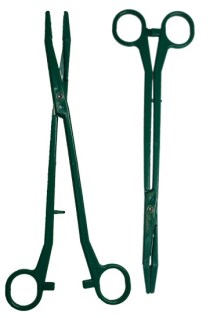 The length and the serrated jaws make the single use Cheron forceps a necessity in gynecological treatment as an extension of the healthcare professional's arm. The Cheron single use forceps can be used for disinfecting and holding sponges during procedures.

The light weight and the flexibility make the single use Cheron forceps great for disinfecting the uterus prior to an IUD procedure.

The Cheron forceps can be supplied in sterile individual packs, in bulk and as part of a sterile IUD kit.

The single use hysterometer (also called single use uterometer) is used for measuring the depth of the uterine cavity and the cervix. The single use uterine sound gauge is made of flexible plastic, allowing material "memory" to mark depth and dilate in angles as needed.

The depth marks are used for graduated to accurately measure the depth. The bulbous tip reduces risk of cuts of perforation. The material is flexible to allow adaptation to anatomical variations.

The uterometer gauge is ready to use, and can be sterilized by EO or gamma. The single use uterine sound can be provided in bulk, in sterile individual packs and also in customizable gynecology kits.

Buy a "Ready to use" Single Use IUD Kit

We offer a "ready to use" single use IUD kit in a sterile packaging.

The kit can be customized according to your needs and demands, and contain the instruments you need. The kit is sold under our brand name, but can also be provided OEM, White label and privately branded.

The single use gynecology instruments found in the kits are specified above, so be sure to check out our single use IUD Kits. 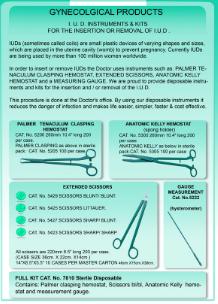